Did you know that women hold less then 25% of science, technology, engineering, and math (STEM) jobs in the United States (www.esa.doc.gov)? Being a woman in a field where the foundation of my science is guided by data and analysis, it is important for me to teach my girls the importance of exploring this occupational area.

While we are on the topic of STEM majors, let it be known that Psychology is considered a STEM core science. Behavior Analysis falls under the psychology umbrella and our students graduate with a Masters of Science degree. We guide our decisions based continued data collection and develop our interventions based on research and empirical evidence.  If there is no research supporting a specific behavioral strategy, we don’t implement it! As a Behavior Analyst, we also track observable behaviors that are seen OUTSIDE of the body and focus on functions of behavior. This analysis of behavior helps us to identify how we should move forward with the treatment options!

Anyways, I will get off my #dissemantion soapbox and get back to how I introduce science and experiments to my kiddos :).

Now, lets be honest, my oldest daughter is naturally interested in fashion, barbie dolls and sparkles (like a lot of 4.5 year olds). So, how do I introduce science and experiments all while keeping her engaged?

My daughter has recently been interested in coloring and painting. Almost every day she has asked to paint. I took this seed of interest and RAN WITH IT! I was helping my daughter put her shoes on when she asked me what would happen if she mixed green and purple together. Instead of answering her question immediately or shrugging the question off because we were running late, I taught her a new word….

As a true scientist does, we wrote down her hypothesis before conducting our experiment. Then, we got our paint on :). 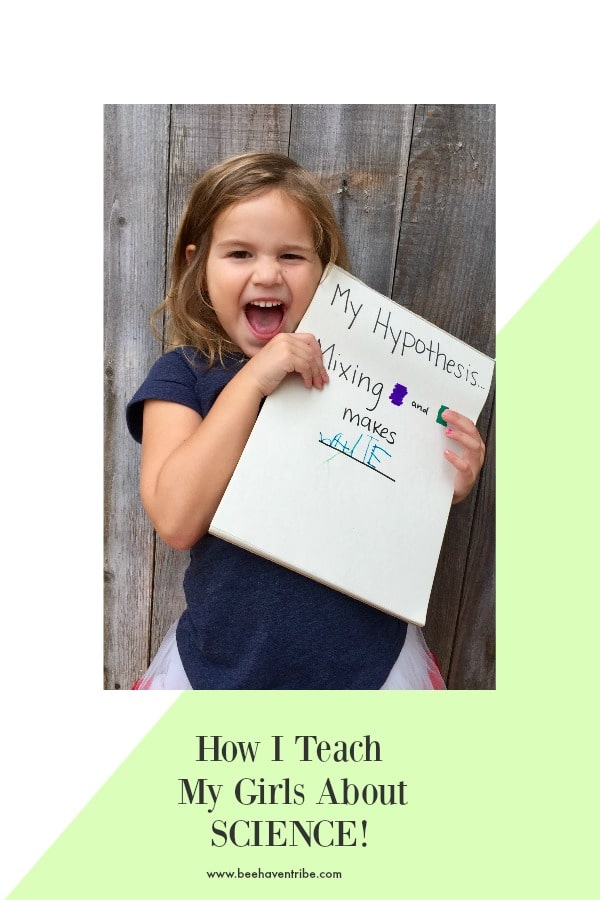 My little one quickly got to work to see what happens when she mixed purple paint with green paint. I made sure to reiterate that she was testing her hypothesis and that she was conducting an experiment! 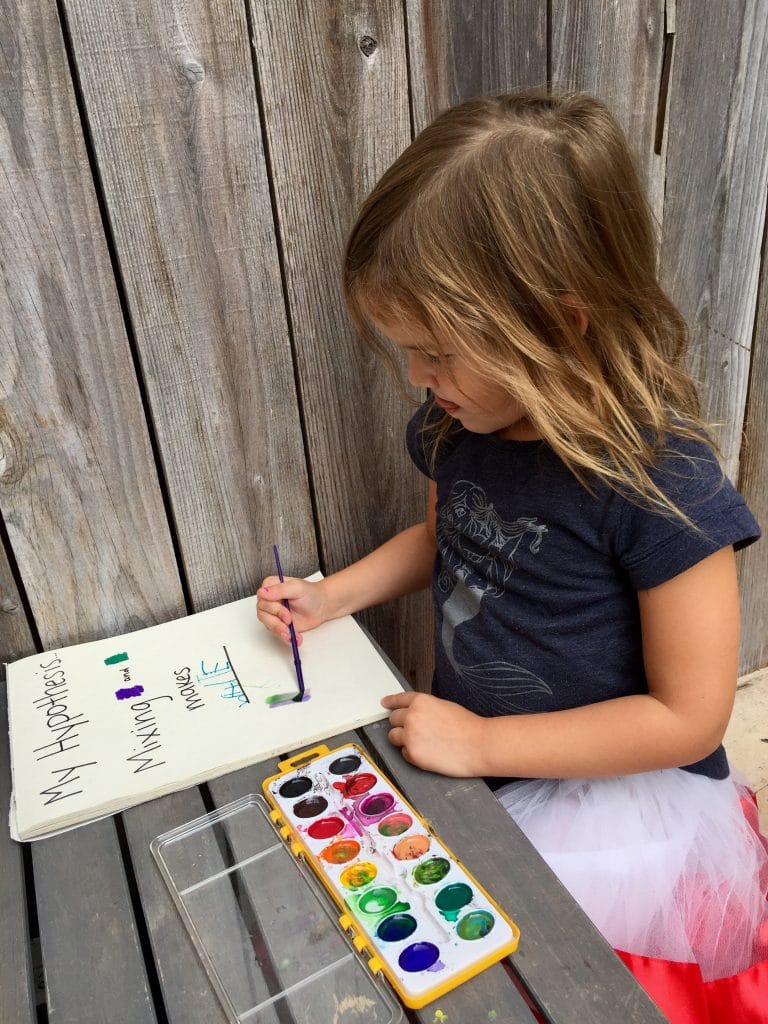 A DARK GREEN! Through testing, it was concluded that when you mix purple and green, you get a darker green! 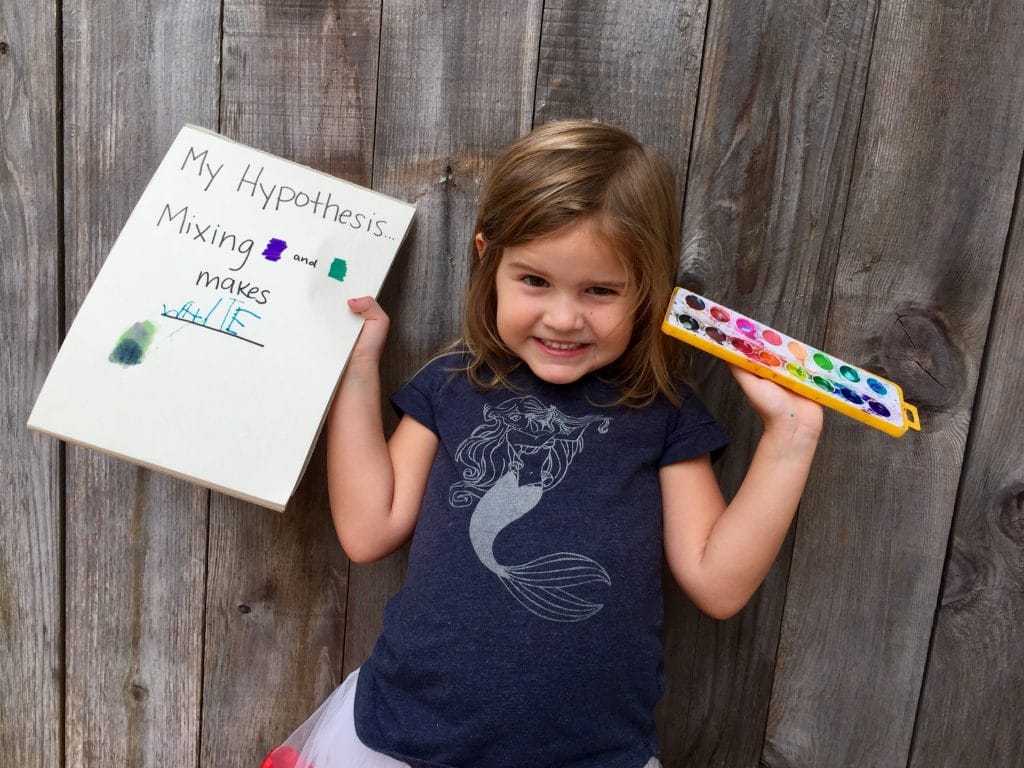 It is so important to ensure that we not only promote reading and math, but also SCIENCE! Since then, my daughter has continued to ask questions about mixing colors and ‘experiments’! I love that this introduction to experiments has fueled her interest in science. Every day since she has asked new guiding questions that could result in a new experiment!

As we were painting our nails the other day, she asked how fingernail polish was made. I had NO IDEA and my daughter said, “Lets do an experiment to find out!” Yes baby girl, lets do that!