Have you ever been at a friend’s house and your kid started wreaking havoc on their stuff?!? Welp, that is what happened to me the other day.. No joke! My youngest discovered the wonder of Legos but had NO IDEA what to do with them. She thought those colorful blocks were meant for throwing, not playing! All of a sudden my little one was throwing Legos and they were going in every direction possible.

This made me realize that she had a skill deficit!

Instead of immediately yelling at Quinn because I was embarrassed that she was throwing Legos like it was confetti on New Years Eve, I decided to turn this into a learning opportunity. I taught her the appropriate use of the new toy and we started to build a structure together. I understood that she had never engaged in this play experience before so she probably was unsure on how to use them the CORRECT way. 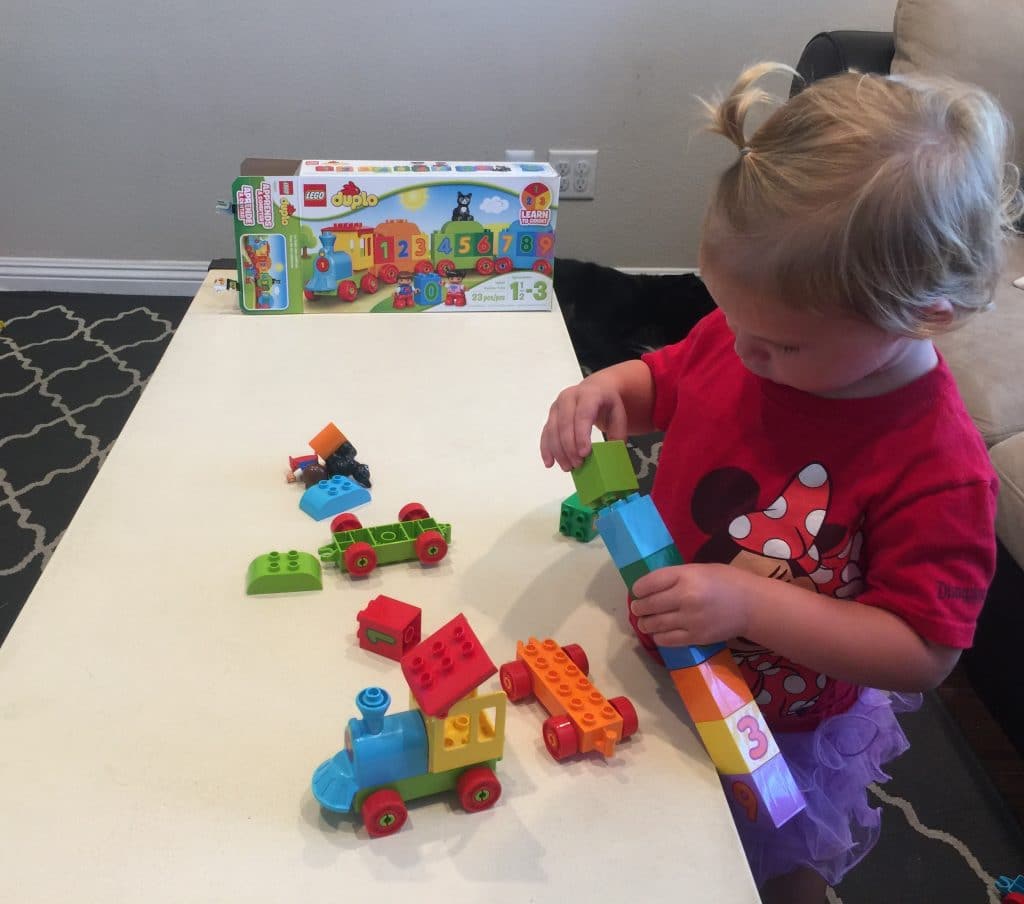 The throwing behavior stopped almost immediately and she was happily engaged with the Lego play after that. This entire interaction of me analyzing this behavior maybe spanned 30 seconds. My husband barely noticed that it happened. I was able to reduce this challenging behavior very quickly and defuse the throwing behavior! It was not because she was “tantrumming” or wanted to throw an object… She just did not know how to appropriately engage with the Legos!

Take a step back…

So, next time your kiddo is engaging with a toy in a way that it is not designed, maybe take a step back and think… Do they even know how to play with it? You may need to teach them how first!

And while you’re teaching your kiddo how to appropriately play with their new toy, I’m off to Target to buy my girls their own set of Legos :)…. These things rock!

2 Replies to “How I Reduced Block Throwing in 30 Seconds”