I am extremely excited to announce a giveaway for a family 4 pack to see ‘Beauty and the Beast- A Christmas Rose’ on Thursday, December 14th at 7:30pm in Pasadena, CA (price value of $208).  I was approached by one of the representatives for the show and I was IMMEDIATELY thrilled to provide this opportunity to one of my readers. 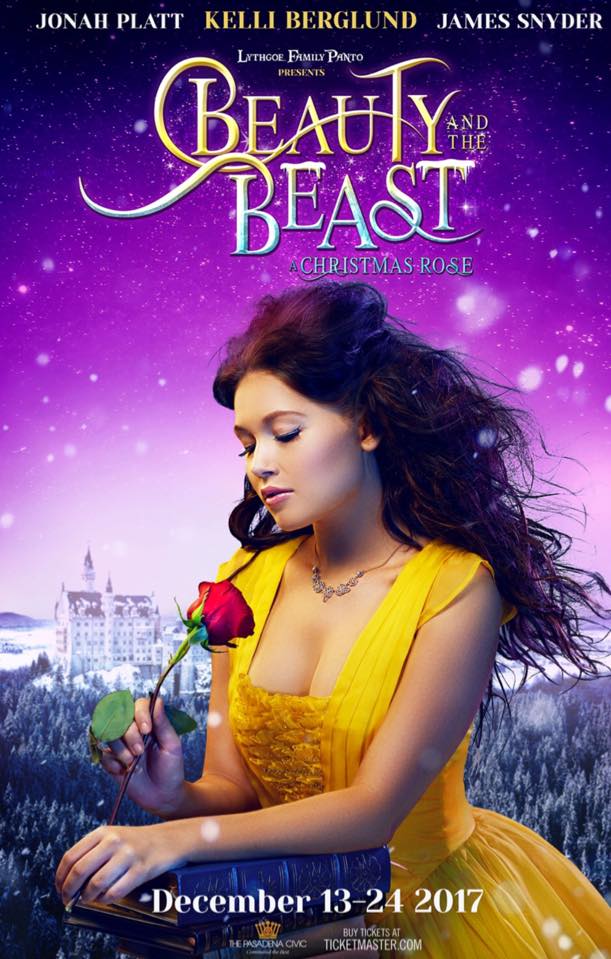 I was completely geeking out about the cast and crew when I read the press release. First of all, the entire production is put on by the Lythgoe family which is pretty amazing. Also, MANDY MOORE is choreographing this performance. Umm, Mandy Moore does all of the choreography for Dancing with the Stars and has done some amazing numbers on So You Think You Can Dance. Not to mention she did the choreography for LaLa Land and has won an Emmy. So yeah, big deal! The show will also be directed by Sheldon Epps who has been up for three Tony Awards nominations (WOW!). Not to mention I am a huge song and dance fan. Add a Disney princess in the mix… I am sold!

Here are some of the other names in the show:

Lastly, I am just so happy to be able to share this amazing experience with one of YOU! My mom tribe who helps me through thick and thin. On those hard days when all you need is for someone to say, “Yeah, I’ve been there too!” Or on those days where we just want to celebrate the successes! We are all in this together. So, here’s to you; Thank you!

Here is how you enter to win the Giveaway!

Go to one of my social media accounts:

The winner will be announced on Tuesday, December 5th by 9pm PST!

I hope this giveaway can make someones Christmas a little extra special this year… Happy Holidays!

Additional information about the show

‘Beauty and the Beast: A Christmas Rose’ will be playing from December 13th through December 24th. There will only be 14 performances and the show will be held at the Pasadena Civic Auditorium (300 East Green Street, Pasadena CA 91101). 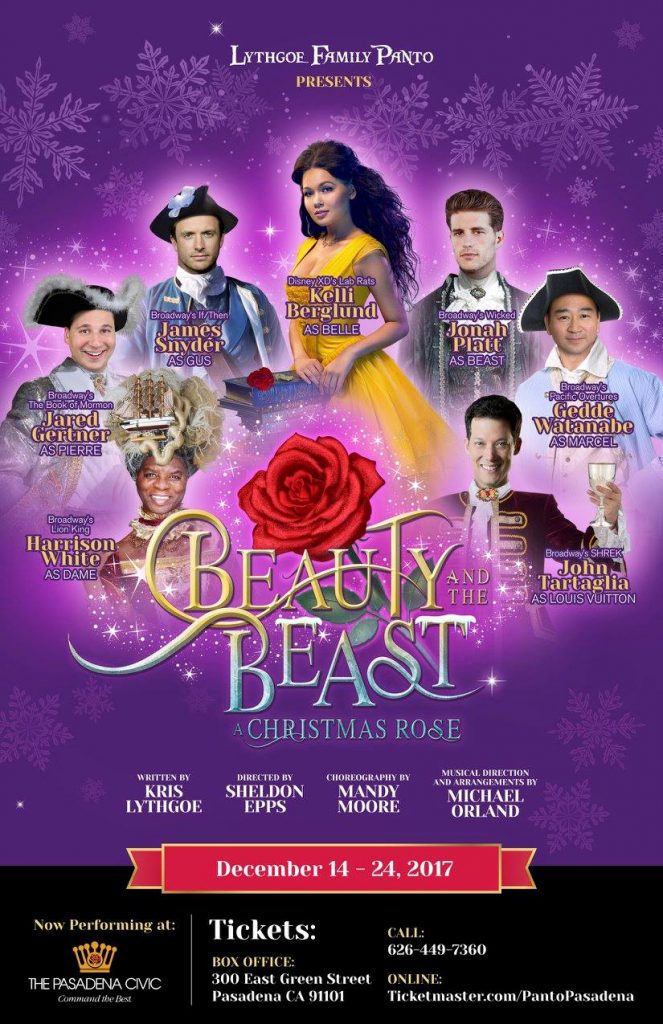 Tickets for the show start at $29 and can be purchased online at Ticketmaster.com/PantoPasadena at The Pasadena Civic Auditorium. You can also buy tickets over the phone by calling directly (626-449-7360). Another cool experience that can be purchased is a golden ticket. This allows the ticketholder (children ages 4 – 12 only) a special on-stage experience during the production. The golden tickets are available for an additional $60.00 each.