#fulldisclosurefriday- That time I went on ‘Let’s Make a Deal’ and TOTALLY lost a car AND a dream vacation… WHOMP WHOMP!

I know what you’re thinking… Really? Another show? Listen, I am from the midwest. I moved to SoCal 4.5 years ago and I am LIVING IT UP out here. If I have an opportunity to go to a live taping of a show and it works out with my schedule/childcare.. YES PLEASE! So, yeah, I went on ‘Let’s Make a Deal’, haha!

So… How on Earth did I end up on Let’s Make a Deal?

Funny… When you go to one show, other doors kind of open up for you. A few weeks prior, I went to ‘The Price is Right’ and a casting agent picked me out out of the line for ‘Let’s Make a Deal’. Lol, I must have really stuck out like a sore thumb… Oh well! They invited me to come to their show a few weeks later. Cool! 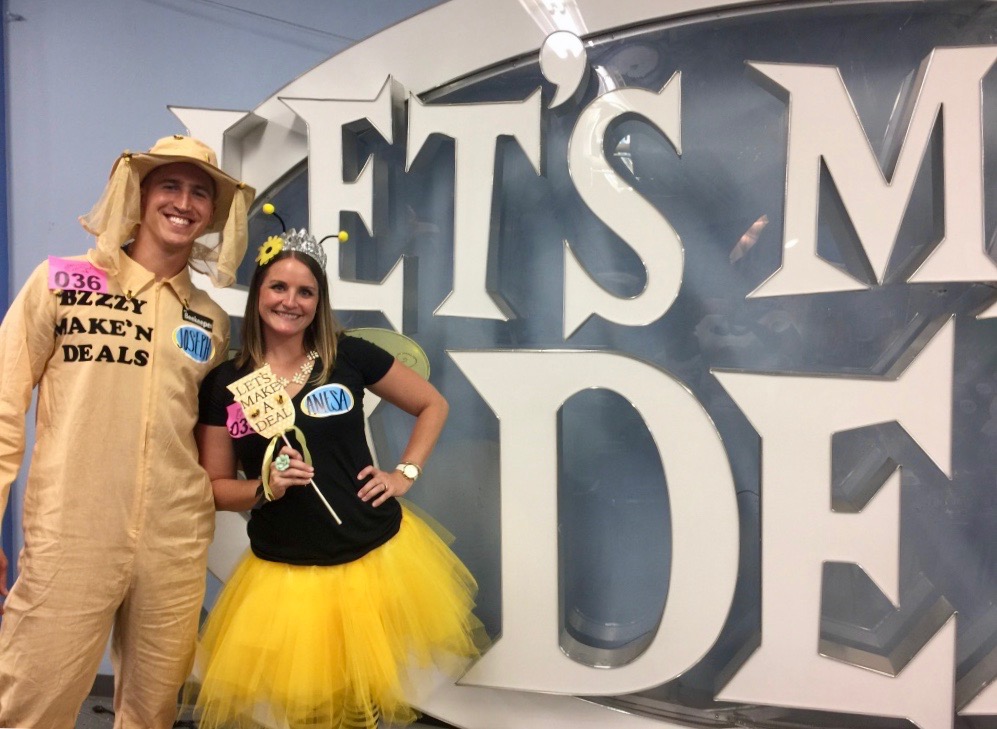 Making it a date!

So, it worked out that hubby got to come with me on this ‘Let’s Make a Deal’ day. HOW FUN! We rarely get a day away just the two of us. We made sure to make it worth it. When we arrived, we were told the best way to be chosen as a contestant is to be full of personality…. CHECK! I think I have that handled. Oh, did I mention that for this show, you have to come in costume. Did I also mention that my husband is the BEST sport ever and wore a ridiculous bee keeper costume. Oh man, thank you husband! 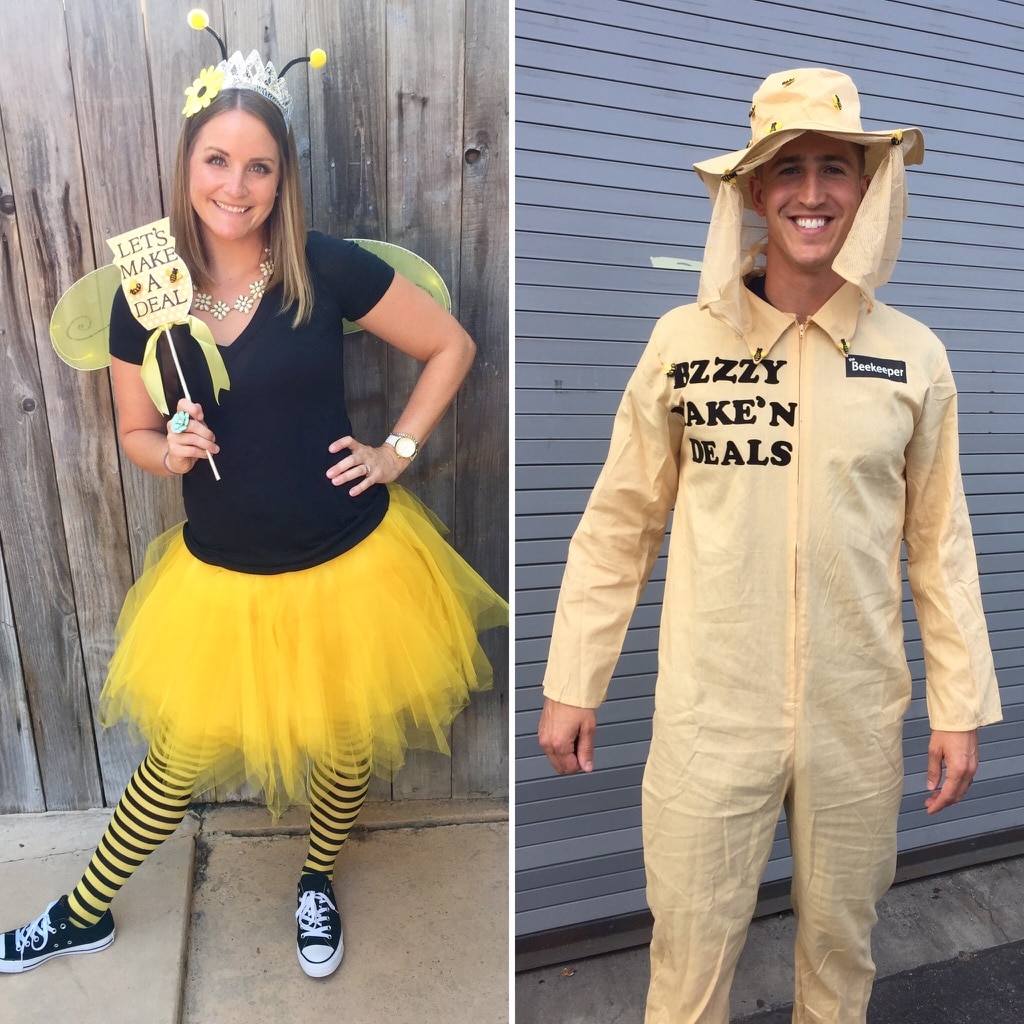 So, the show started and it was soo much fun! I am not sure if it was because everyone is in costume or Wayne Brady is just hilarious? Regardless, it was a blast! It was towards the end and all of the a sudden, the host calls down the bumble bee…..

Eek… That is me! Then he tells me that I am playing for an AMAZING trip to San Diego. But that is not all. I would also be playing for a 2016 Ford Focus. Um, what? All I had to do was put three shows in chronological order.

The shows: House, West Wing, and The Osbornes.

You guys… I didn’t watch ANY of those shows. I have no idea?!? I went to the audience but couldn’t hear anything. Joe was no help at all; he had no clue either.. Here is picture evidence of that: 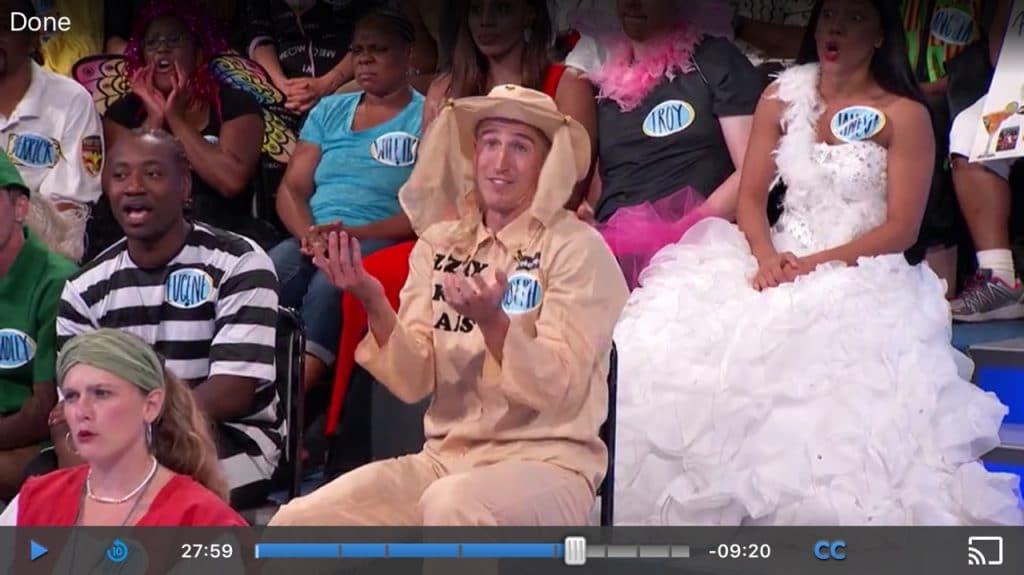 Wayne Brady is amazing and wants his audience members to have a great time. He gave me a chance to still walk away with $300. However, I had to guess when another show aired within +/- 3 years. Yeah, I still had NO IDEA. Honestly, I had never even heard of this show. Thank goodness for Jay, a random man in the audience! He told me to say 2007. I went with him and he nailed it! Mama is going home with some cash!

Hmm… What am I going to do with that money? Maybe buy a new purse? As many of you know, we’ve been saving a lot lately for a pretty big venture. We agreed my “charisma” won me this money. Because of this, my winnings are going to be my play money!

We showed the girls after it aired (it aired on 2/21 on CBS). Sigh- Caira immediately started to say that she wanted to go on the vacation. Yeah, me too baby girl! Then Joe continued to say how nice it would be to have the new car.

Thanks family. I know how awesome it would have been to win all of these amazing prizes. But you know what, you win me every day so… You’re welcome ;)!