#fulldisclosurefriday- That moment when your friend gets an email from representatives from the show ‘The Bachelor’ and they are requesting kids for one of their upcoming segments. Now, this friend and I are crazy spontaneous together. We always find ourselves being very random when we are with each other. Throw in a chance to spend a day up in LA with JUST our oldest babes and we were sold!

Heading to The Grove…

Luckily, the kids had early release this day so we didn’t have to pull them out of school early for this fun adventure. When we arrived, we weren’t sure what to expect. We just knew that the show wanted kids to be available for a group date with Arie (the new Bachelor). We approached the large opening at The Grove and immediately saw what appeared to be the set up for a dog show. In front of the stage, we saw a line up of kid chairs. We immediately thought they hired kid actors for the front row. No way would they put our kids in the FRONT ROW, Right?!

We then had to sign all of the consent forms to be on TV. As we were waiting in line, we saw Dean and Alex from Rachel’s season…. WHAT? Well our day was already made, haha. After we completed all of the paperwork, we were ushered to our seats……. 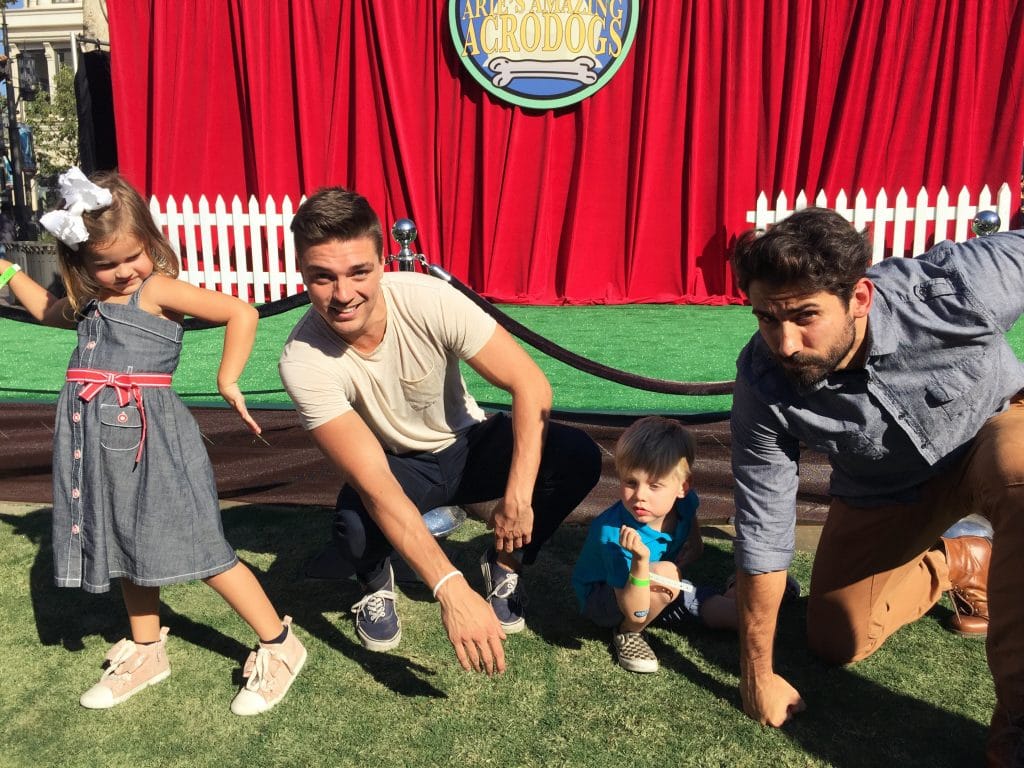 UM… We are in the FRONT ROW! Those kid chairs were meant for our kids! We were crossing our fingers and our toes that they were going to keep it together the entire time! 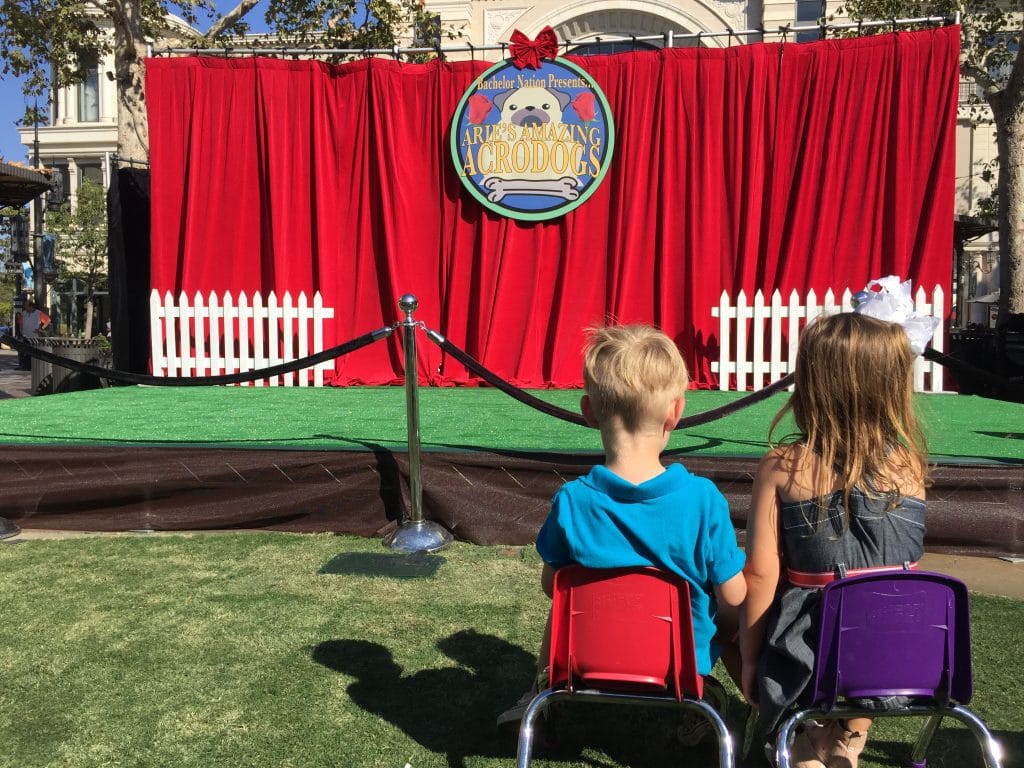 Whew- One thing they don’t tell you is shooting a segment takes a LONG time. It is also a HUGE production! We were there FOREVER! By the end, there was probably 10-15 kids. Our kids were probably the oldest if that gives you any reference. These kids were getting SQUIRMY too! At one point, I took over the kids and started singing songs with them to help “get their wiggles out” because they were ALL losing it. Thankfully, after I did this, the producers were able to get some reaction shots from the little ones. You can tell this show is not used to working with children, haha.

Before the dog show began, Chris Harrison got on the stage. He brought my daughter up on stage with him… What? How did she not freak out? There was probably 100-150 people out in the audience. He asked her what her name was and she responded with Caira. She then went on to tell Chris Harrison about her sister. She said,

“Her name is Quinny Bear!”

I was just so proud of her. A lot of people would be so intimidated by the large crowd. Not my little diva :). Once the dog show got started, it was quite entertaining. The professionals were amazing! Arie’s dog was pretty good! The contestants could have used a little more practice, lol! But come on… This makes for good TV! All in all, it was a really cool experience.

To be honest, one of my favorite parts of our day was after the show. The four of us had dinner together and just explored The Grove. I loved having 1:1 time with my oldest daughter. It was like we had our own ‘group date’ but no one was vying for a rose (well, if you don’t count the rose’ I had at dinner, haha). We all won in the end :). 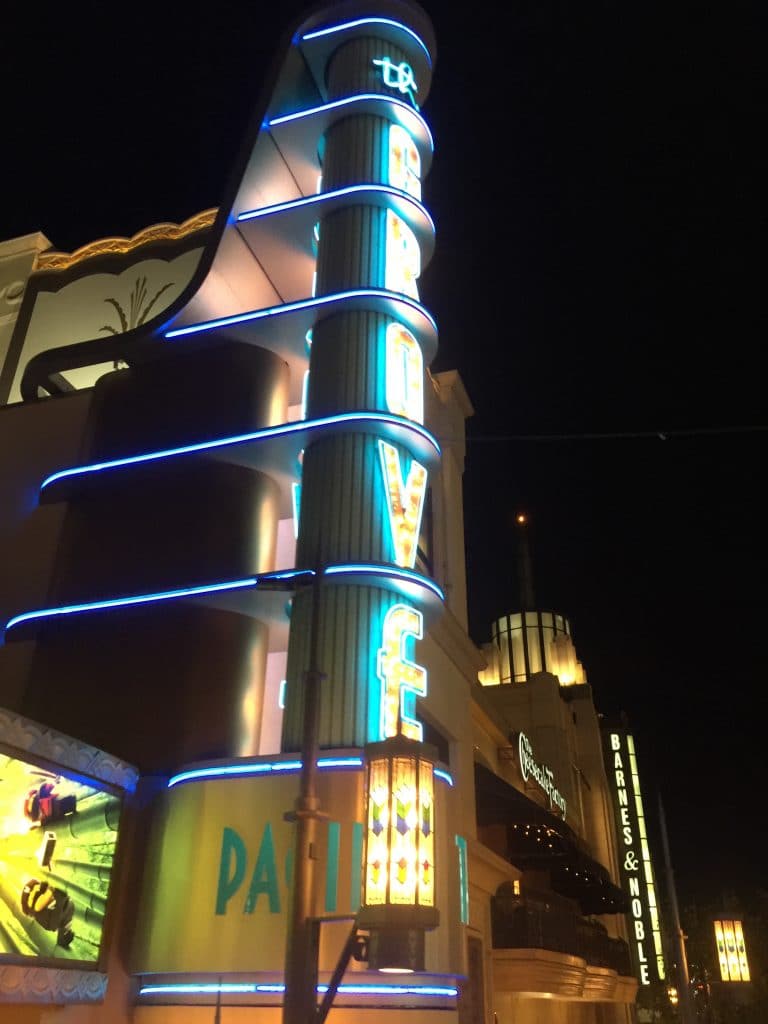 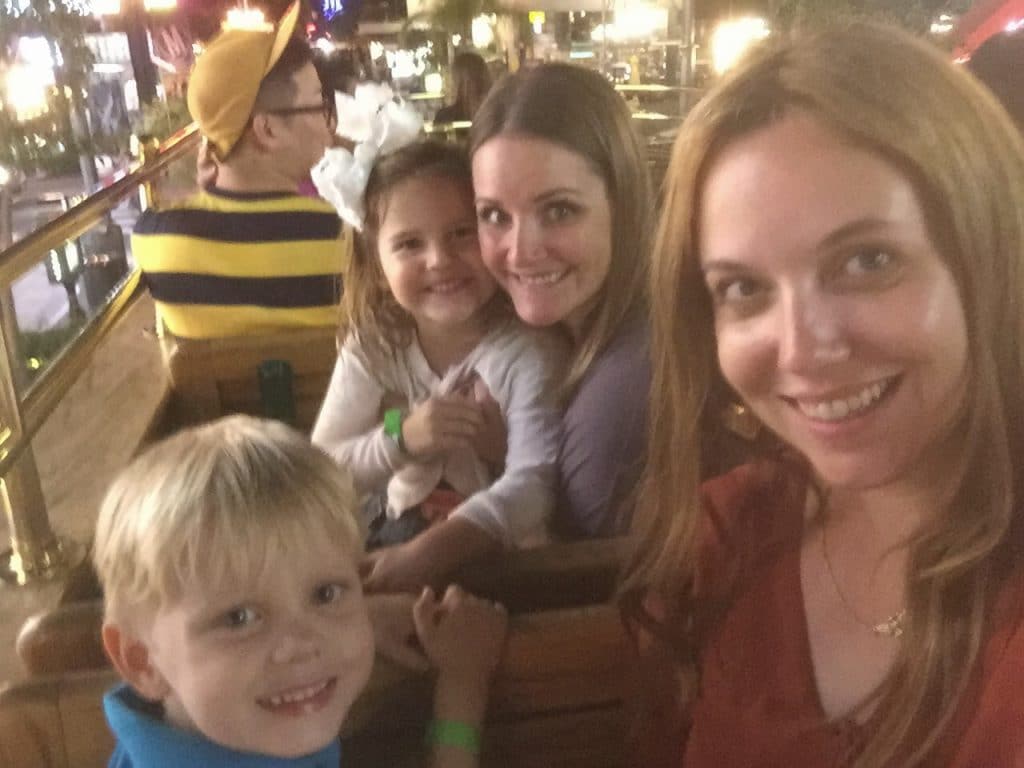 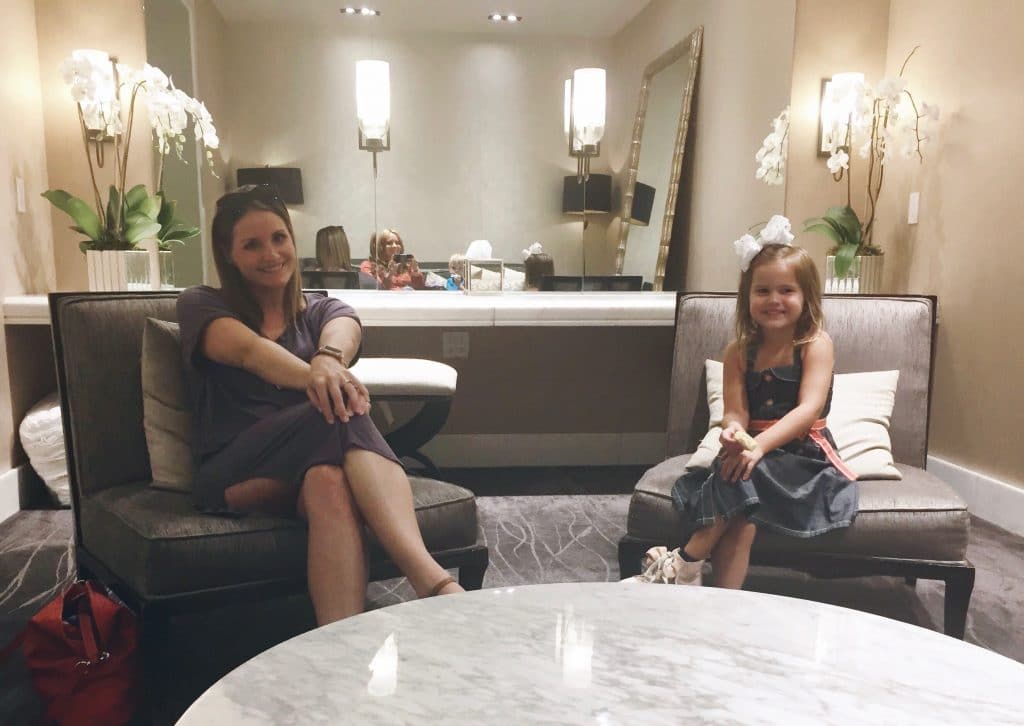 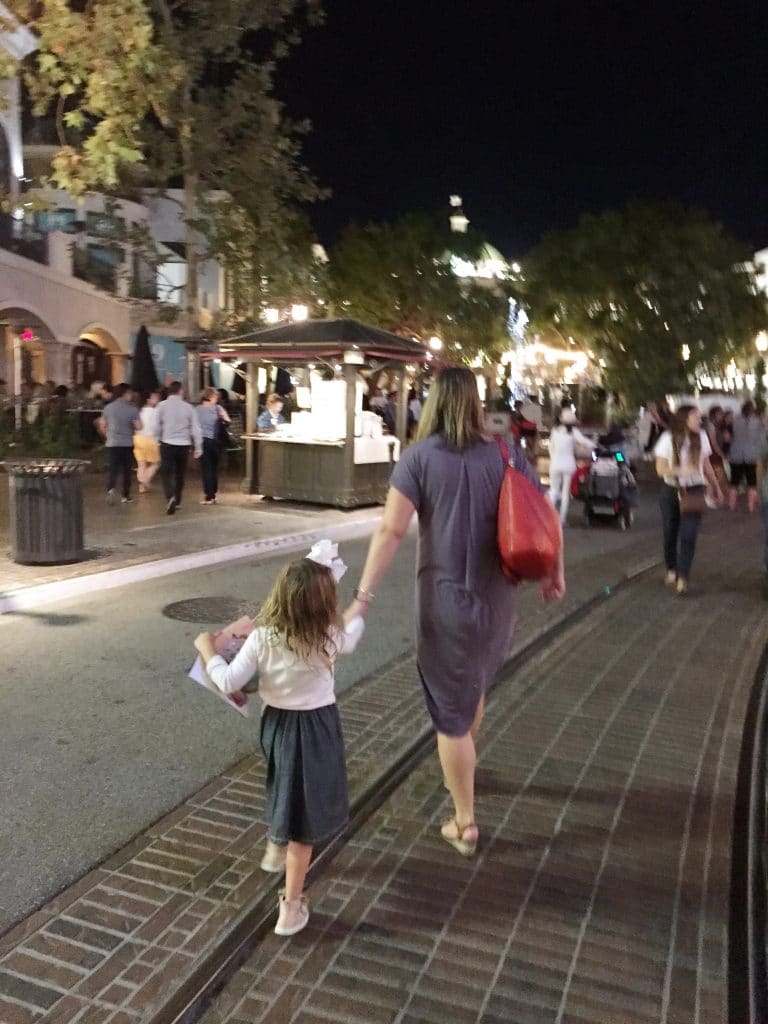 If you guys want to watch the episode that Caira and her buddy will be on, it should be airing on Monday, January 15th on ABC at 8:00pm EST (at least that is what Reality Steve said).

Hmm… I wonder what I would say if Caira would ever want to go on the Bachelor for real? I guess I have some time before that could ever be a possibility :).